Longitudinal studies are rare, especially those that span 75 years. So, what does a longitudinal study across 75 years tell us about how to lead a good life and be successful in life? What secrets did such a study reveal about a satisfying life?

The popular press would have us believe that it is all about becoming rich, living in the best house and driving the best car. It is about affluence and wealth. It’s about luxury holidays and dining in 5 star restaurants and hotels. But is it really? 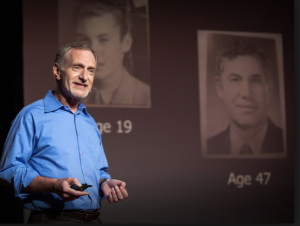 This study is reported by Dr Robert Waldinger who is a Clinical Professor of Psychiatry at Harvard Medical School and Director of the Harvard Study of Adult Development (see his TED Talk). He is currently the fourth Director of this project across almost four score years. The study began in 1938 where two groups of boys were studied from the Boston area.

One group were Sophomores (ie., 10thgrade in secondary school) from Harvard College and the other group were boys from a poor and disadvantaged area in Boston who lived in tenement housing with no hot or cold running water. Two very distinct groups.

Since the beginning of the study, these males have been interviewed every two years along with a range of assessments including medical reports, blood samples, brain scans, interviews with parents, and questionnaires. Once they moved into adulthood, the assessments also included videoing their relationship with their wives, as well as interviews with their children.

The study began with 724 men. Sixty are still alive and in their 90s. The research found that while some developed addictions such as alcoholism or developed mental health issues such as schizophrenia, others climbed the social ladder to the top. One in fact, was a US President.

How did some manage to struggle in life while others seemed to be very successful? What were the crucial factors for a good life?

The results were clear.

Firstly, it was discovered that healthy connections are positive for us as individuals. In contrast, loneliness creates a toxic environment where people are less happy, health declines earlier in mid-life, brain functioning deteriorates earlier and these people also live shorter lives. Within the USA at least, 1 in 5 persons report being lonely. What does that do for the health of a nation?

Secondly, it is not just about having friends or being in a committed relationship, it is about the quality of those close relationships. Living in a connected warm relationship is both positive and is protective. On the other hand, living in the midst of conflict such as a poor marriage, is bad for our health and is actually worse than getting divorced.

Interestingly, at age 50 years, the greatest predictor of health and satisfaction was those who were engaged in a positive relationship. Those most healthy in their 80s, were those most satisfied in their relationship in their 50s. 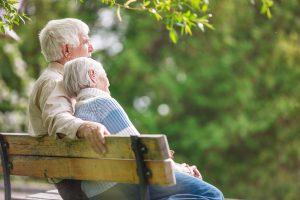 Thirdly, the research found that good, positive relationships not only protect our bodies, but also protect our brains. In other words, having secure and attached relationships where you can count on another person in times of need, when the going got tough, the other was there to support and care meant that our brain functioning in our 80s was significantly healthier. Those individuals who were in poor relationships had earlier memory decline.

So, what’s the message?

In an age where we want a quick fix to a happy and satisfying life and where there is the myth that it’s all about wealth and riches, fame and fortune, nothing is further from the truth.

Instead, a satisfying and healthy life is about positive relationships with family, friends and community.There is no quick fix or silver bullet. Relationships take time, effort and are hard work. Good relationships though are the answer to a good life.

The obvious next question then, is how do we create positive relationships with our spouse, friends or community?

With a spouse, it is about communicating which means listening to each other and making time to do so. It is about fighting fair and being able to have “crucial” conversations. This all means the television goes off or the smartphone is put away. What it also means is finding things to do together and maybe changing it up somewhat and trying out new things together. This might look like trying a new restaurant or place to eat, going to the movies together, enrolling for a course together or exploring a new holiday destination.

With friends, it is the same principle. It is about taking the trouble to care and be supportive. With the community, it is about giving which might suggest volunteering or helping out at the local sports club or at church or being involved with a community activity or charity.

It is all about connection – and doing so in a positive way.

The good news though is that none of this is beyond any of us.